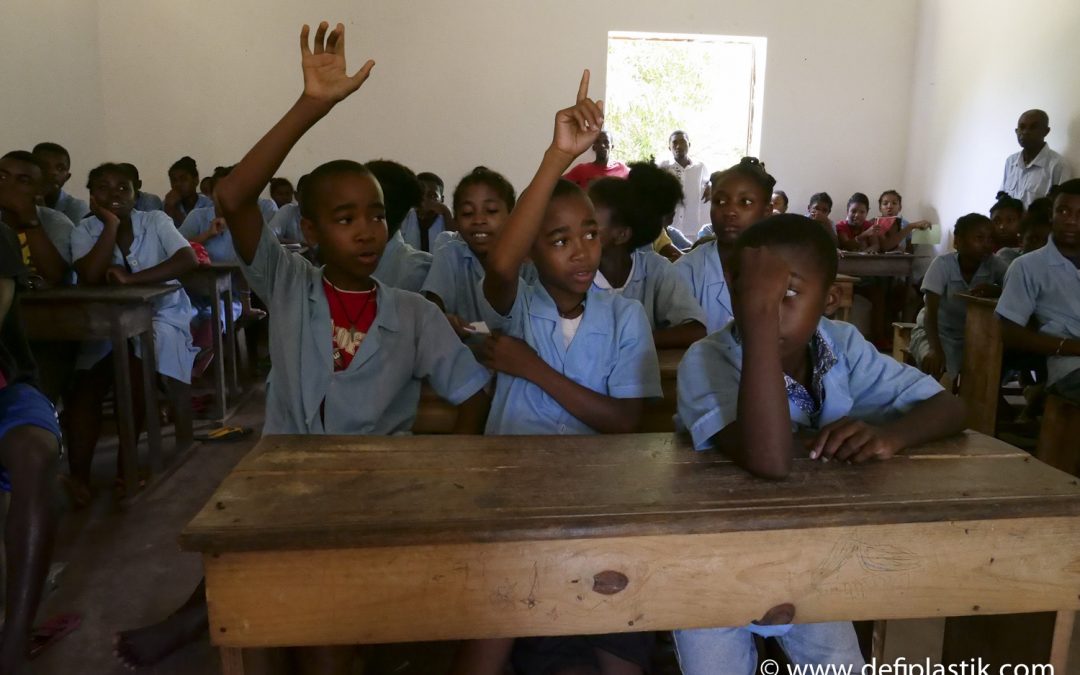 We go to Ile aux Nattes to meet Raymond Botoubé. First we have an appointment with the students of the Collège du Rocher.

This private college was set up by former rugby players vazahas. They transmit the values ​​of this sport which is practiced by all college students. Fully equipped with solar energy, the students all have their own table and study under privileged conditions given the local context. We do our second talk and explain to them the problem of plastic in the oceans.

We show them our little explanatory films and they seem once again very receptive. When we show them pictures of places and animals impacted by plastic, they realize the extent of the problem. The head of the establishment and the head of CISCO make an intervention in Malagasy to make sure that the message has got through. From the afternoon, a waste collection session is organized on the island’s seaside.

We will then finally meet Mr. Raymond Botoubé who is the main actor in raising awareness about the plastic problem on Sainte Marie Island. This former professional sailor, has crisscrossed the seas of the globe, he was able to observe the plastic pollution of the oceans. He returned in 1997 to live on Île aux Nattes, his native island, and decided to devote most of his time to cleaning the beaches. Every day, he voluntarily collects plastic on Île aux Nattes and brings it back to Sainte Marie.

He is helped in his fight by Vazaha Bé, a writer who has settled on Sainte Marie Island. We spend the end of the day on this magnificent island and offer Raymond to accompany us on our interventions. He accepts and it is with great pleasure that he accepts to come with the whole team tomorrow to Ampagny Bay.